How To Write a Book

It was the 7 year anniversary of my book True Lies being published, which got me thinking about writing in general. This post isn’t so much about how to write a book as it is about how I went about writing. 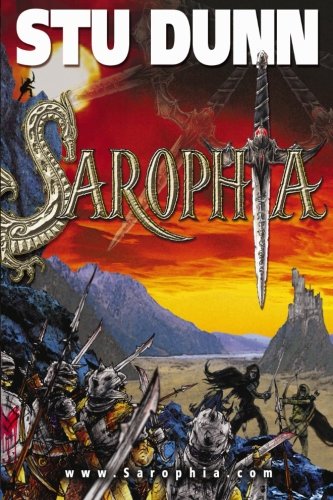 I remember getting the very clear idea when I was doing a writing course at Victoria University back in the 1990’s that a writer never finishes their work – they just get sick of updating / changing / tweaking and submit their latest draft. I could relate to that mindset early on, as I started playing with writing a fantasy book way back in 1993. I think I finally finished it maybe 1995 or 1996, however afterwards as I evolved, learned, experienced new experiences, I did nearly a complete re-write (at least half of the book). It was 2001 when I finished the re-write, however I came across someone who knew a thing or two about writing who gave me some editing advice (the advice was; “Treat each word as if your mother’s life depended on it. If you can remove a word and the sentence still make sense, she’s dead”) – and I eventually published in 2004.

I just got sick of editing. Was Sarophia a masterpiece? Heck no. Looking back 16 years later I can see so many things I’d change, update, rewrite – and just plain remove. There’s always been plans for a second book in the series – one day!

True Lies was much easier for me. I’d already created an online program teaching students from all around the world about reading faces, interpreting body language, and detecting deception – so it wasn’t a big push to put the original modules together and flesh it out. When I was really going for it, I was writing a chapter every two days. How did I write so much so quickly? I made myself accountable. I spoke with a very successful CEO of a large company about the book I was writing, and as the conversation progressed, I boldly said I’d have it completely finished by the end of the month. I kept my word. This included writing 8 or so chapters that I had left to go – and have the entire book edited (my mother was my secret weapon editor – she picked up on 50 x what a paid editor missed). No small feat, however I did it.

Was it perfect? Heck no! However seven years on, I’m itching for a 2nd edition – one that adds the topic of body language and sales, and dives deeper into the mystery that is relationships.

How to write a book? You have to really want to for one thing. Plan out the skeleton of chapter titles, and not be afraid of some constructive criticism. I salute anyone who “finishes” a book – well bloody done to you. It’s tough work, usually done for the love of the subject (or for the love or story telling) and therefore usually isn’t well paid.

To all the authors out there. Well done.

With a background in sales and behavioural science, I enjoy learning more about people, behaviour, psychology - which led into motivation - and more recently - sales again. Having started my own real estate company with my wife, it's time to merge interests.
View all posts by Stu Dunn →
This entry was posted in Psychology and tagged authors, how to write a book, sarophia, stu dunn, true lies. Bookmark the permalink.
Loading Comments...
Comment
×
%d bloggers like this: